Well, Maya surprised us all by laying a fourth egg today!

In each of her previous six years of breeding, she has only ever laid three eggs.
We were all just thinking how nice it was that the Manton Bay pair had their full clutch
and were happily incubating, then out pops egg number four!

I first noticed that there were four eggs when I saw Maya stand up at 12:24 to shout at
a greylag goose that flew too close to the nest. 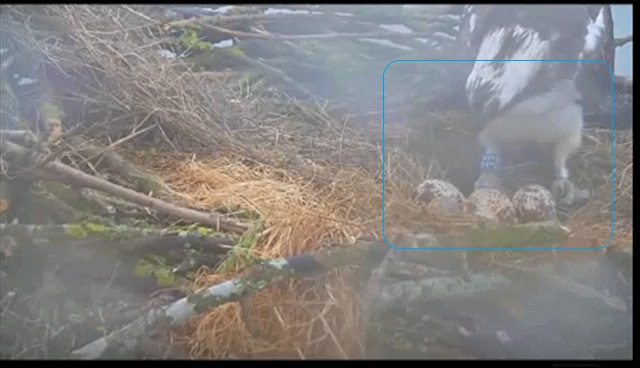 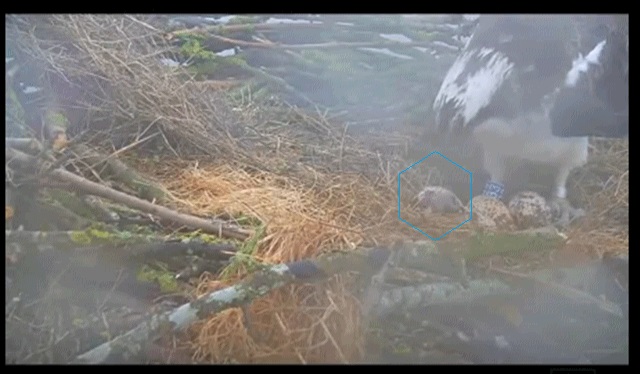 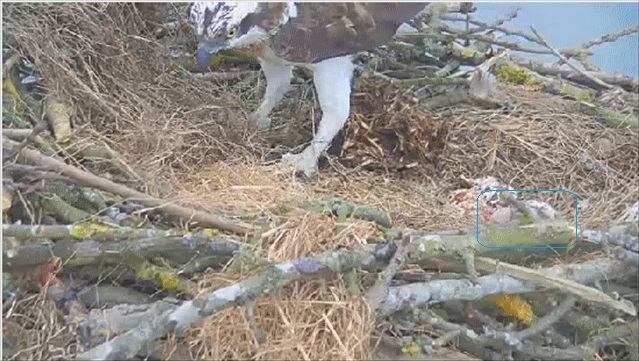 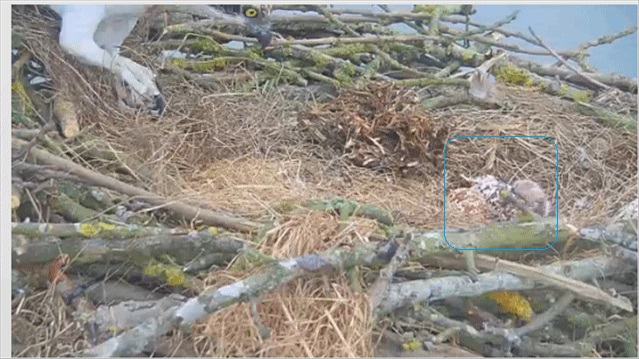 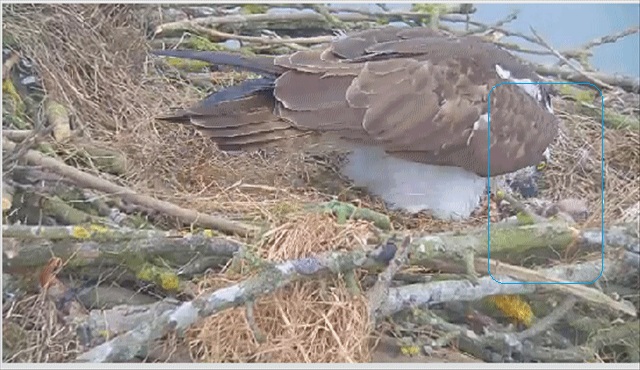 It has been an upsetting day at Lyndon today, as we arrived this morning to see no movement from one of our chicks. Our volunteers in Waderscrape called first thing to let us know there had been no sign of life from the chick all morning, despite the other chick being fed – not a good sign...

Looking back over the footage, we did notice that when the chicks are exposed at 8.30pm, Maya seems to accidentally stand on one of the chicks as she settles back down on the nest – the chick seems to bounce back from this, and Maya has her talons carefully tucked under, but this may have done more damage than it first seemed.

We can’t know for sure if this is the reason the chick died, as we don’t know how much weight Maya placed on it – at this stage the chicks are still very fragile and unfortunately there are a number of things that can happen to end a young chicks life. We are of course devastated by the loss of this chick, but for now we take comfort in the fact that the remaining chick seems healthy and strong.

We are delighted to report some happier news today – we arrived at the centre this morning to chick number 3! It’s not clear exactly when the chick hatched, as 33 has recently added a few sticks to the front of the nest, but we got some great views of it at around 5.50am. Here it is a bit later, being fed by Maya.

The two Manton Bay chicks are looking absolutely fantastic. They have passed through the "dinosaur" stage of development and their beautiful juvenile feathers are coming through – they actually look like ospreys now! Here they are with Maya, all of them watching 33 as he flew away from the nest...

This morning, both juveniles were getting excitable at around 05:20, flapping and jumping around.
5:28 > 2 AN on edge - 2AM flaps, We could tell that 2AN was very ready to go,
as she kept venturing closer to the edge of the nest

What an exciting day! We have been expecting 2AN to take her first flight imminently, as she is seven and a half weeks old and has been showing signs of being ready to go for a few days. However, recently the weather hasn’t been conducive to fledging, as there has hardly been a drop of wind, and they need a breeze to excite them and give them a bit of a lift!

2AN fledged at 10:14 this morning, making her the first osprey to fledge from a UK nest this year! (That we know of!). We had a school group in the centre at the time and they were very excited, as were the staff and in particular volunteers Steve and Roger who saw her go from the hide! She didn’t give us very much warning that she was about to go – there was no helicoptering at all, she just jumped around the nest a few times, then she lifted up and away!

She circled the bay and was accompanied by Maya, as is usual on the juveniles’ first flight. You can see them both in the background in the above video – 2AN flies towards Lax Hill, then Maya appears and both of them come back towards the bay and over the nest, where 2AM was watching them. 2AN managed to land on the leaning perch in Manton Bay, and that is where she remained for the next few hours! Later on she had several more flights, and is very good at landing...

More great news! 2AM fledged this morning at 09:26