Silly me! Didn't see any signs of the chicks' weakness, now perhaps I can in the latest pics.. Late..

Really so sorry for this nest failure.

The body of the falcon chick retrieved from the ledge of the Riverfront Plaza building was submitted for necropsy to the Southeastern Cooperative Wildlife Disease Study at the University of Georgia. Results revealed that the chick was afflicted with meningitis of a bacterial origin, with E. coli and Enterococcus sp. found in the brain, gastrointestinal tract and liver. The brain tested negative for West Nile virus. The cause of death was ruled to be bacterial sepsis (presence of bacteria in the bloodstream, which is normally a sterile environment) and meningoencephalitis (infection/inflammation of the brain and of the membranes enveloping the central nervous system).

Bacteria could have been introduced into the blood stream from a variety of pathways, including via a penetrating wound (not noted during necropsy), ingestion of contaminated prey items, or bacteria from the chick’s gut entering the bloodstream due to a sustained elevated core body temperature (the days leading up to the death of the chick were extremely hot with high heat indices).

We would not normally expect high ambient temperatures or ingestion of contaminated prey to ultimately cause the death of the chick. However, underlying genetic, stress-related, or traumatic conditions may have rendered the chick more susceptible to the effects of hot weather and/or suppressed its immune system, thereby allowing the bacterial infection to take hold. In any case it is likely that a combination of factors were ultimately the cause of this chick’s demise.

Bird Cams Around the World

I'm surprised that nobody has posted that the Cobb Island falcon nest has an intruder. No fighting--in fact there was bowing between the 2 girls. Wondering if the intruder is a relative of Eve (the resident falcon). There has been a lot of rain & wind there this afternoon so it could be that this intruder is simply waiting for the storm to pass. (There isn't much shelter other than the falcon igloo on Cobb Island. 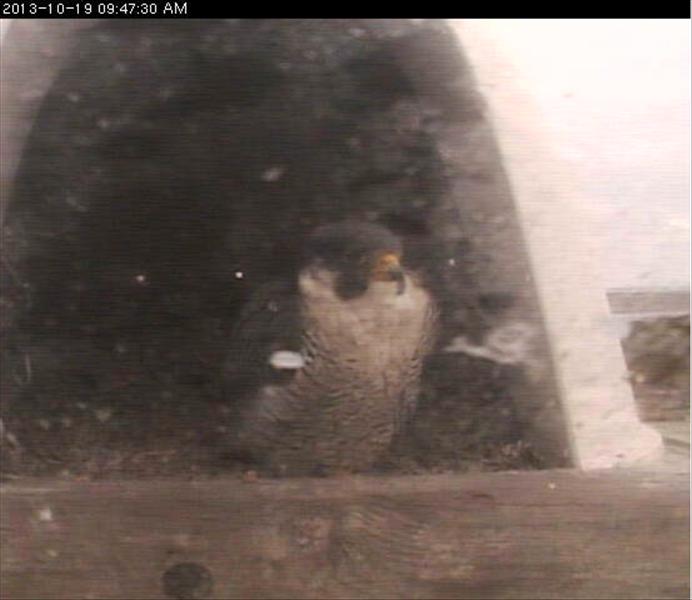 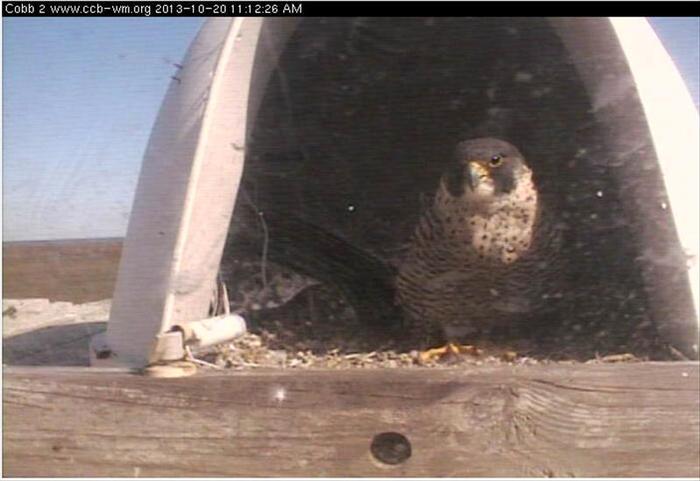 Bird Cams Around the World 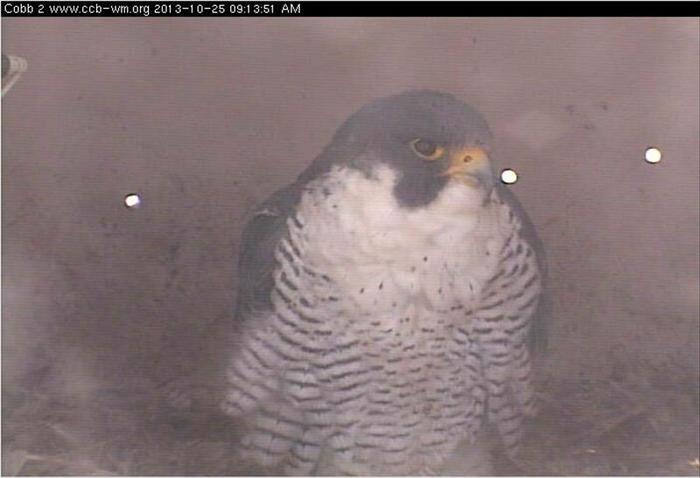 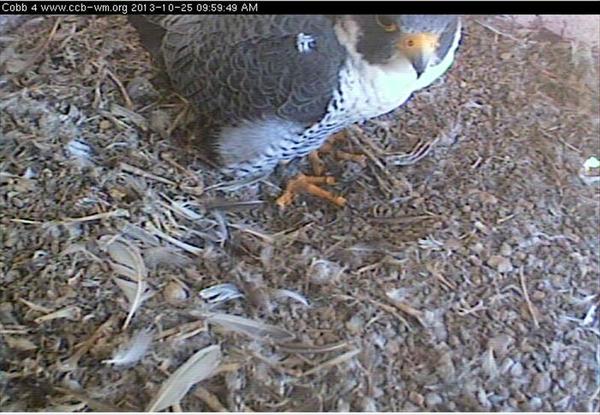 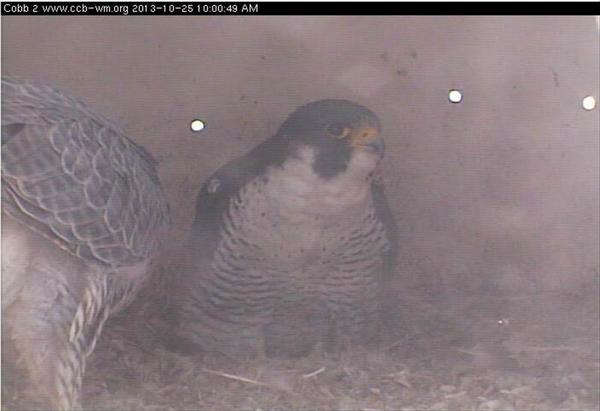 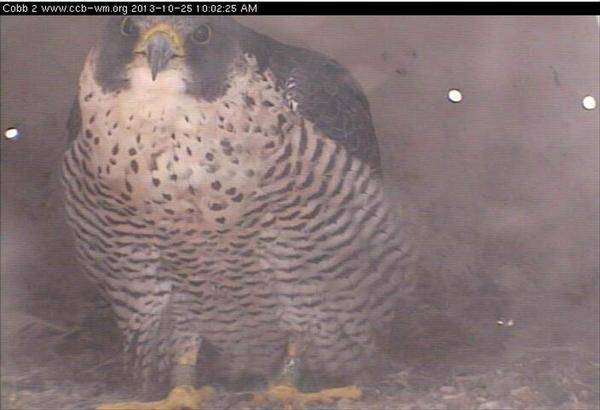 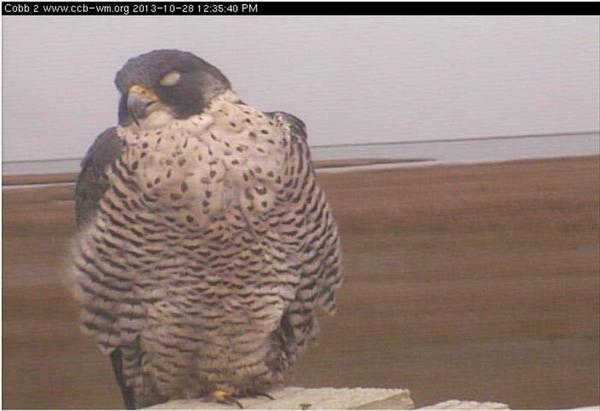