Monty knows what his duties are > Fun & Dinner for his mate

Glesni has laid her first egg 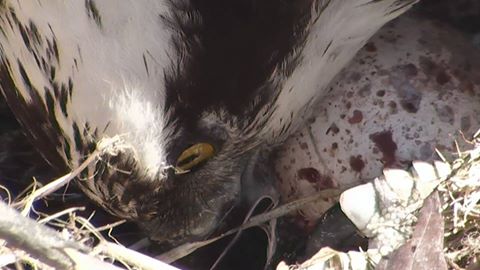 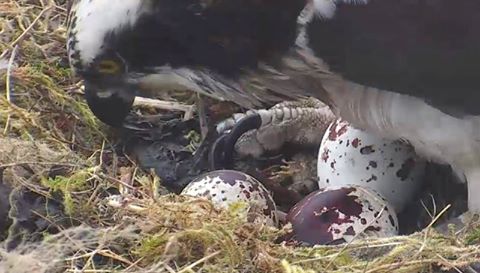 Wonderful News from Glesni's daughter (born 2013): The young female returns back to UK as adult. 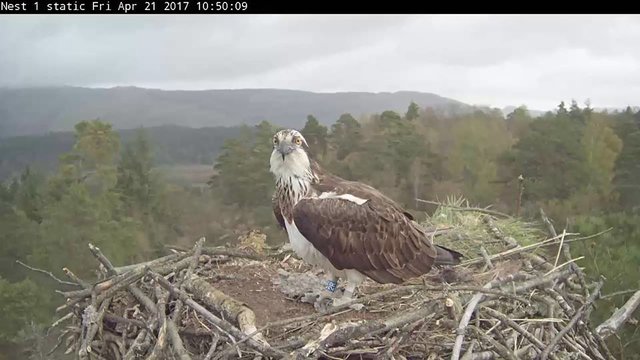 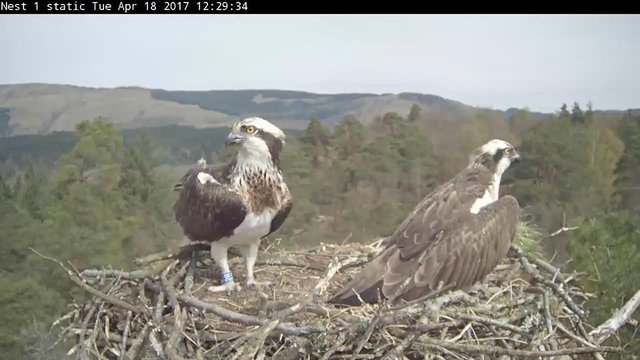 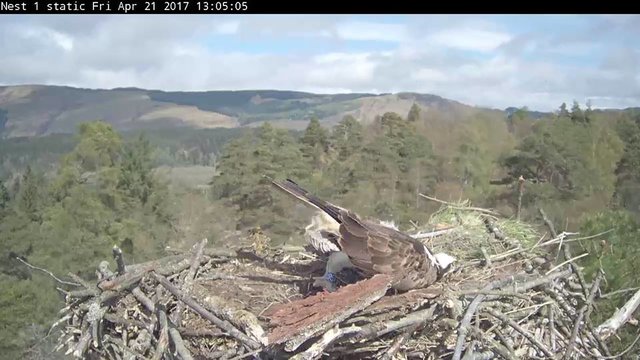 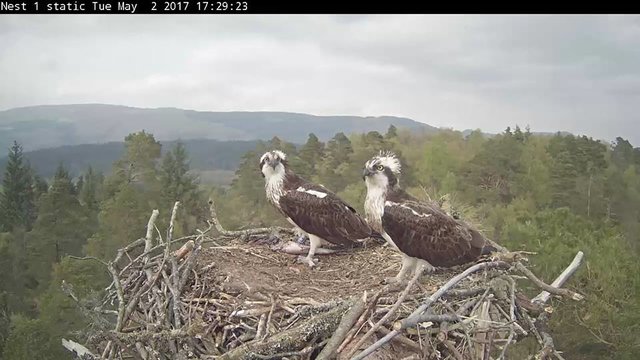 Yesterday's Intruder: A massive female osprey, unringed (what a shame!), thick legged and dark chested. We can see evidence of the same secondary feather moulting on both wings (flight feathers usually moult in symmetrical pairs), but all the other feathers look in pristine condition. Maybe this is a two-year-old bird just returning back to the UK for the first time as an adult? The time window is exactly right for 2015 returnees.

This huge female caught both Monty and Glesni by surprise. Ospreys build relatively flat nests so they can see intruders and predators approaching, even when sat down incubating - if this intruder were a goshawk or eagle, the outcome could easily have been very different. This female flew low and fast from the south, gaining height at the very last minute; in a second it was over, she was on her way.

It is extremely unusual for two experienced ospreys, both situated on or around a nest, not to see another large bird approaching like this. 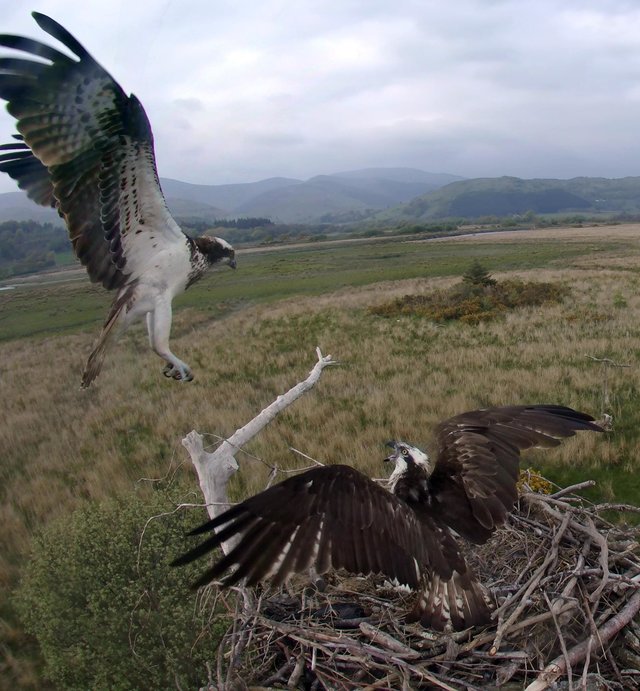 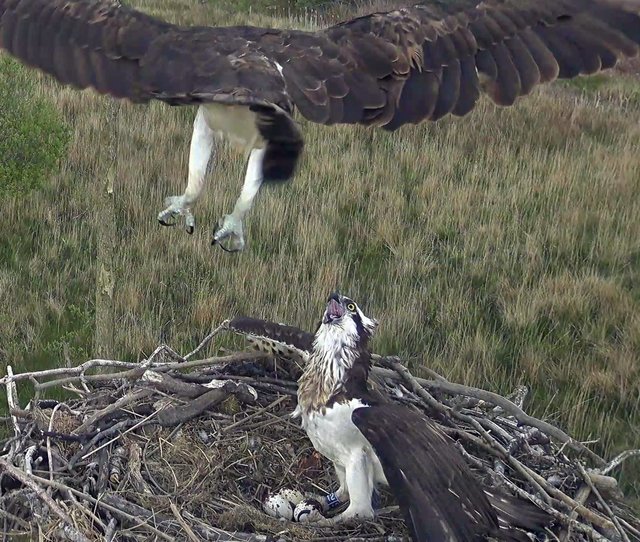 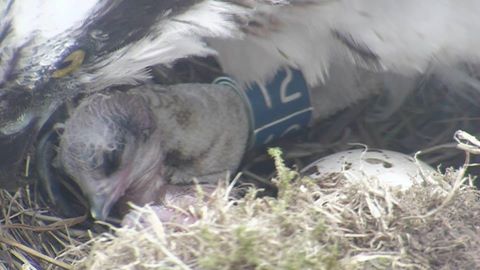